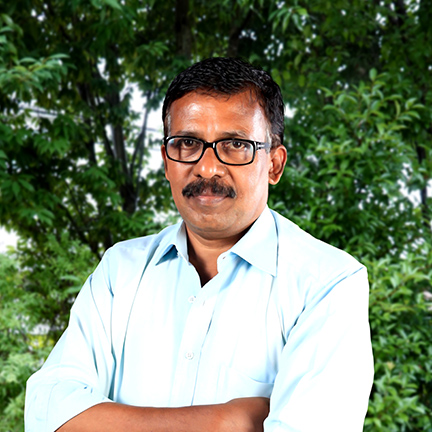 M.R. Hari made his name in the digital marketing world by spearheading the shift to ICT solutions in Kerala. He is formally trained in Law and Journalism, studied Mass Communication, and worked as a Lawyer for two years. Active in the online media sphere since 1995, he co-founded and is the Managing Director of Invis Multimedia. He began researching afforestation techniques in 2006. 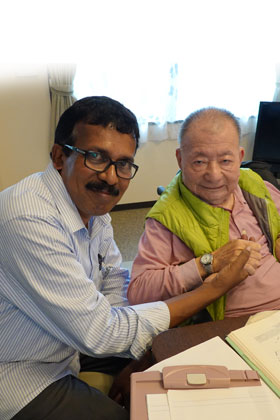 Climate change was not a popular buzzword in the mid-2000s, especially in the subcontinent. M.R. Hari began tinkering with solutions on his plot at Puliyarakonam, 13 km from the heart of Thiruvananthapuram city. Reclaiming available land is the only solution left, and he began experimenting over a decade. Here, Hari met with dismal failure, as the stubborn and ungrown soil refused to relent to any solutions he offered.

To understand the scope of the problem he faced, one must appreciate Puliyarakonam's topography. It is an entirely rock-infested hill with a steep slope, where rainfall routinely washes off the surface. Periods of rain coexist with no water retention, and very few plant saplings lasted beyond two to three years. Lack of water retention, rocky terrain, and zero irrigation facilities made any attempt at cultivation here far-fetched. Ten years and a thousand attempts later, he would come across the legendary Miywaki method in 2015. 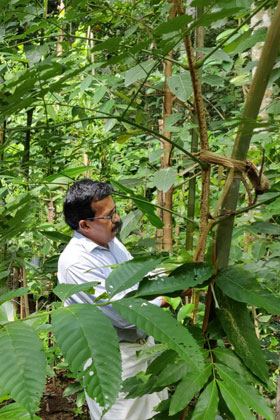 Professor (Dr.) Akira Miyawaki developed a system to replenish the planet's natural bio-diversity. The logic behind the method focused on encouraging indigenous species in clusters, with a set planting routine. Hari set about collecting as much information he could on the core tenets of the method and eventually took the plunge two years later in January 2018. The very first Miyawaki forest was on the rocky hills of Puliyarakonam. If it worked here, there could be no complaints about its viability elsewhere. However, he was greeted with widespread skepticism over the project. All type of trees don't really grow on hills.

But this forest did.

The four cents he marked out began to show astonishing results. The saplings grew 6-8 feet within half a year, and 16 months later, each of them stands at an impressive 15-18 feet. Over 450 plants, belonging to 170 species, now rise proudly out of the erstwhile terrain. Forests are natural reservoirs of life, and today the rocky hill boasts of several unique floral and faunal species. A range of micro-forests, including a fruit forest, vegetable garden, butterfly enclosure, and fish pond, are now available at this site.

Meeting the Maestro and Aftermath 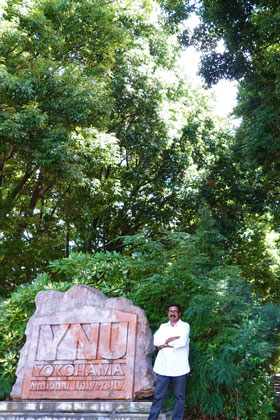 To reaffirm that the project hadn't lost touch with tenets of Prof. Akira Miyawaki's ideals, Hari traveled to meet the pioneer in Japan. The Professor was provided with the entire vision of the project, the specific steps taken, and indigenous variations introduced to the original model. Prof. Miyawaki was astonished that his idea was being implemented in Kerala and provided some detailed observations. He suggested removing creepers and planting around 30 saplings.

Hari was also able to visit a 40-year old Miyawaki forest in Japan, which was a further source of inspiration. The story of Pulliyarakonam slowly caught traction, and the public enquired about the concept in droves. Once word spread, many nature lovers showed up, curious to witness the forest that practically grew up overnight. No one person can change the world, Hari emphasizes. They can, however, build a forest in their own backyard. Only then does our species stand a chance. 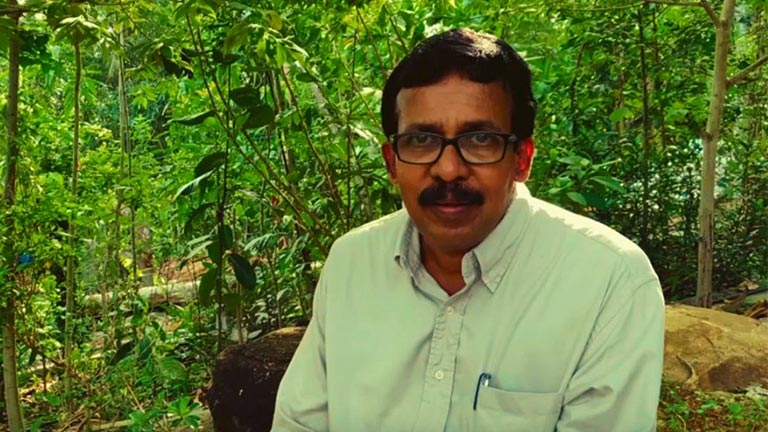 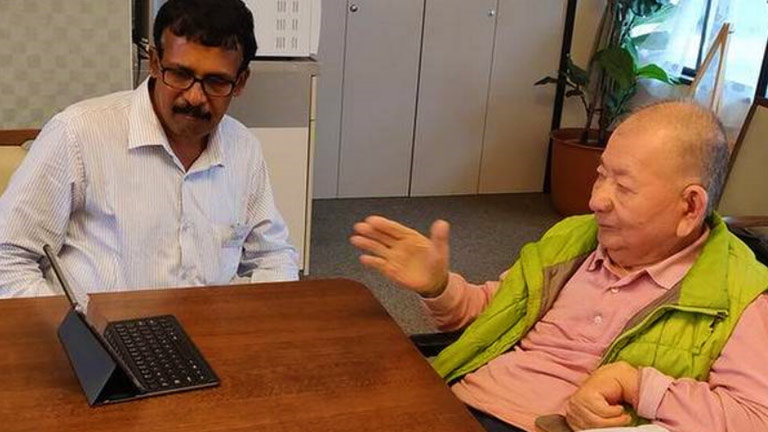 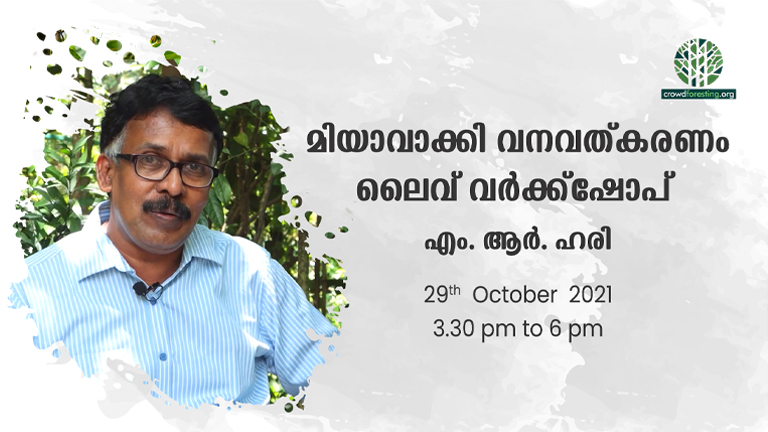 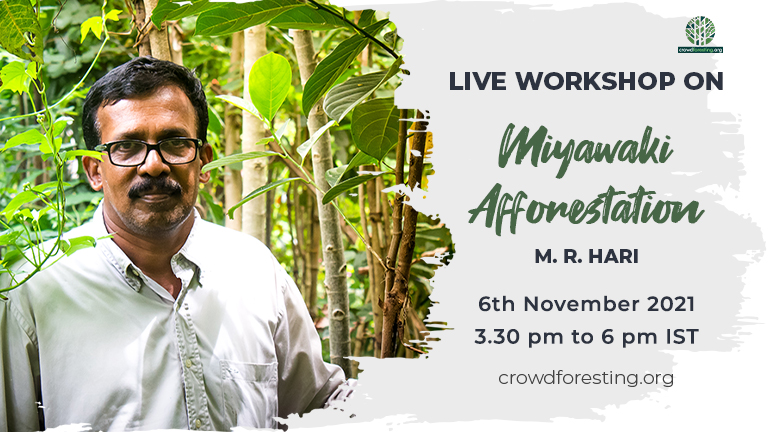 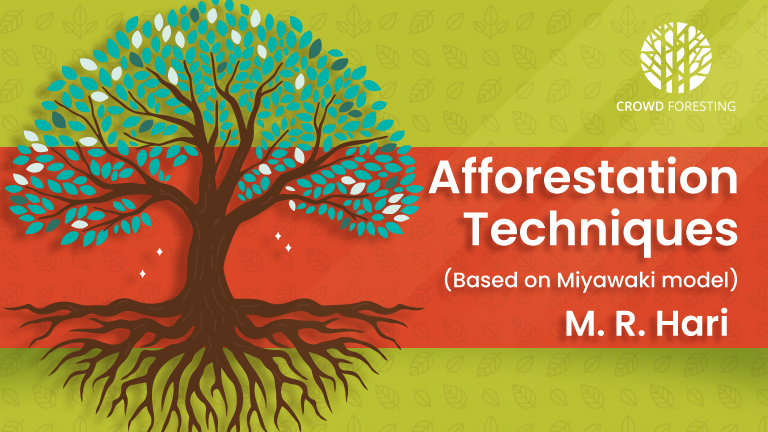