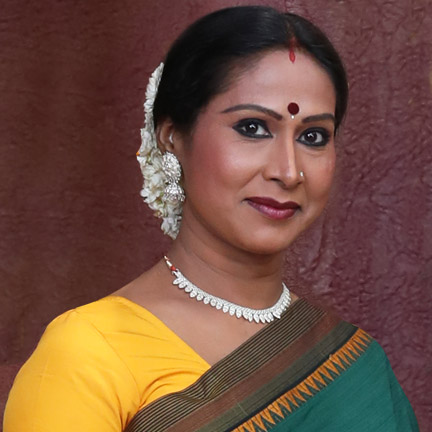 Sujata Mohapatra is considered a benchmark of excellence in Odissi today. Her performances and panache have catapulted the art form to the global stage. In recognition of her perseverance and long body of work, the Indian Government conferred on her the 2017 Sangeetha Natak Academy Puraskar for Odissi. It lays testament to her profound impact on the Indian cultural dance community. The temple dance form of yore is now a certified behemoth of Odisha's heritage. Her emphasis on discipline and a transparent approach towards all tasks set her apart as a dancer.

Early Life and Training
She began her training at the tender age of four, under her mother, a disciple of Guru Kelucharan Mohapatra. She studied under the watchful eye of Guru Sudhakar Saho and Lingaraj Behera at the Nritya Sangeet Kalamandir. After seven eventful years here, she would move to Cuttack to further her education with Guru Raghunath Dutta. From here, she would transition to Guru Kelacharan's fold.

Born in a family of artisans, his village of Raghurajpur is now a heritage village in Puri district. His facial expressions and deft audience control, even in his later years, were globally recognized. His influence on Sujata transcended art, as he imparted an approach to life as well. His vision contained a balance between nritya and daily life, to develop a perspective that guides her to this day.

Approach
Her zest and single-minded devotion to her craft are what sets her apart. The stories of Lord Krishna form a core element in Odissi, and her renditions of these folktales have earned her much praise. The renowned Sanskrit poet Jayadeva and his 12th-century masterpiece of Gita Govinda have been a significant influence on her productions. The torso movements, soft hand gestures, and complete immersion of her being into a character are some of the hallmarks of the Guru's performances. Her work transports the viewer straight to ancient Vrindavan, where tales of Lord Krishna dominate the countryside.

Work
She helms the most prestigious Odissi school in all of India, Srjan, formed by her Guru in 1993. The Gurukul system of teaching her ensures that students get to spend a high amount of time around her. They get to absorb and observe her teachings firsthand, and this has given birth to a whole new generation of Odissi artists. She actively conducts workshops in various places throughout India and abroad. Her work has ensured that Odissi's approach and intrinsic beauty will endure the test of time. Today, she is easily the greatest exponent of the Guru Kelucharan Mohapatra gharana of Odissi. Her works and creative vision are a tribute to her teacher and father-in-law. 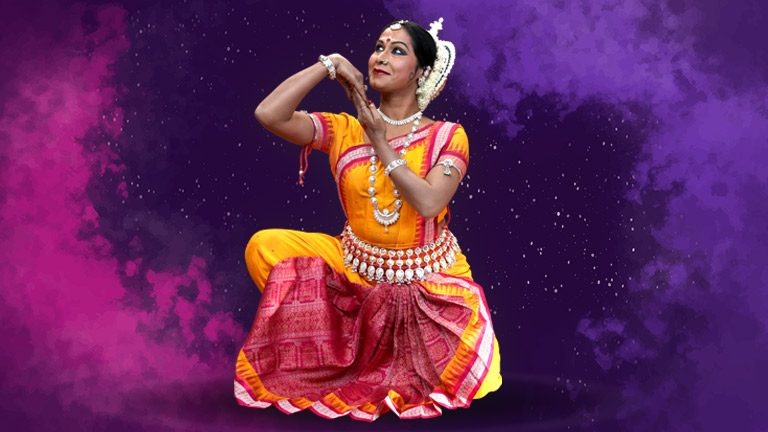 When dance is a passion and a weapon