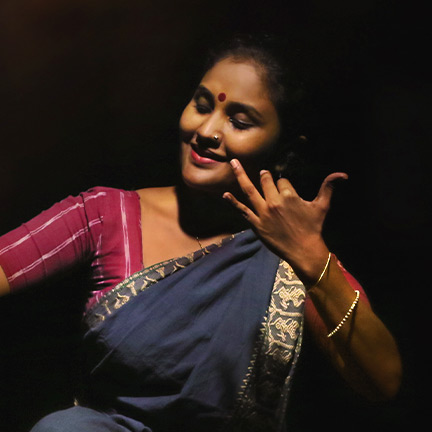 Sreelakshmy Govardhanan is the personification of art having no boundaries. A Kuchipudi artisan based out of Kerala's journey in classical dance is a testament to her ambition, work ethic, and perseverance. A trained psychologist, she stands as the vanguard of Indian traditional dance's 21st-century resurgence. Her adherence to the old-school tenets of the art form and her mesmerizing technique set her apart.

History
Born in Irinjalakuda in Thrissur district, she would discover Kuchipudi at the age of thirteen. What she felt was an immediate affinity towards the art form, different from an earlier base in Bharatanatyam and Mohiniyattam. To seek her unique path in an art form based primarily from Andhra Pradesh, she first tried the teachings of those who had to tread the way before. She would experience two distinct styles of the art form under Vyjayanthi Kashi and Manju Bhargavi. Her quest came to its end when she finally found Guru Pasumarthy Rattaiah Sarma in Kuchipudi village in Vijayawada.

It in this quaint hamlet that she had to realign her entire trajectory as an artist. Her Guru could only speak in Telugu, so she had to invest time into the art form's linguistic aspects. Further, it dawned upon her that every Indian classical dance requires immersing into the dance forms local roots. Regardless of these seemingly insurmountable barriers, she once again set off on reestablishing herself. She attributes to her Guru the humility and simplicity that mark both her personality and performances.

Style and Approach
Once she found her mentor, the next phase of her journey in Kuchipudi began. An adherent of the Kuchipudi Yakshagana style, she became known for her abhinaya and footwork. Each of her performances blends innovation and tradition perfectly, redefining the concept of a modern interpretation. Her ability to engage the audience throughout her enactment, while remaining immersed in her role is what sets her apart. Her wholesome approach to learning, achieved at her Guru's side, is also highlighted in her shows.

Work
She set up her school, the Avantika Space for Dance, where nearly two dozen students absorb the nuances of dance and life. Her pupils' overall growth is most crucial to her, alongside the propagation of Kuchipudi's actual values. Globally and across India, she has frequently participated in workshops, seminars, and stage events. 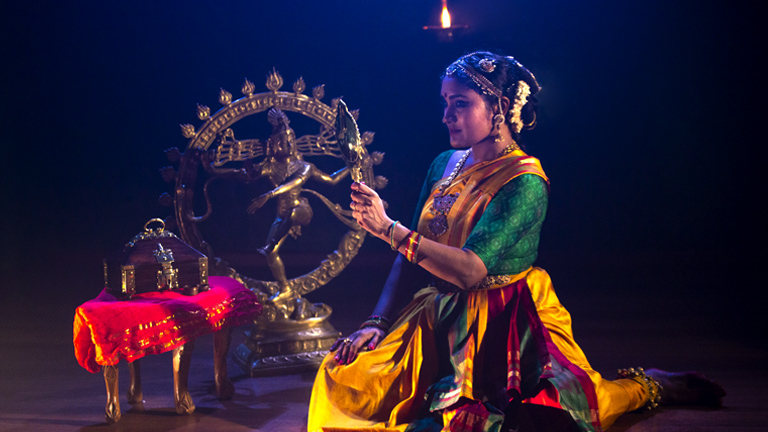