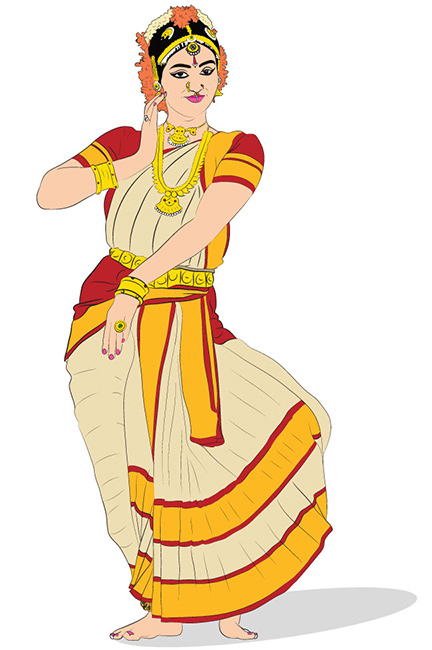 In the cultural bastion of Andhra Pradesh, Kuchipudi shines as one among its foremost contributions to Indian Art. The iconic dance-drama is officially recognized among eight primary traditional dance forms in the country and has added to the subcontinent's great heritage of performance arts. Kuchipudi's engaging renditions, where artisans transcend accepted norms with a masterful combination of dance moves and dialogue delivery, have genuinely set it apart in the global cultural sphere.

History of Kuchipudi
Kuchipudi's roots can be traced to Krishna district in Andhra Pradesh, while the area itself has a long history of dance. From the Satvahanas in the earlier parts of the last millennium to the great Krishnadevaraya of the Vijayanagar empire, royal patronage for dance forms has existed. Some dance and drama mixtures were already popular in the area, including Veedhinatakam, Yakshagaana, and Bhagavatam. It is via the Yakshagaana tradition of Siddhendra Yogi that modern Kuchipudi was born.

Siddhendra Yogi was a famous Vaishnava poet, whose inspiration for the art form is said to have come from Lord Krishna in a dream. He integrated elements of the Natyashastra and the temple dancers, laying the core tenets of the artform. The first performers were young males, convinced by the poet to partake in this unique dance-drama. These traditions would last for centuries until a decline during the colonial era. Here, visionaries like Lakshminarayana Sastry would revitalize the art form, cementing its place in our minds for eternity.

Styles of Kuchipudi
Taught initially to male dancers, Lakshminarayana Sastry introduced females to the art form, along with the concept of solo-dancing. Due to the strong Vaishnavite influence, each facet of a Kuchipudi performance is steeped in devotion. Performers begin with homages to the divine, after which a transition to the nritta follows. Here, an abstract form of dance takes place, which leads to the shabdam or narrative portion of the performance. The mridangam, veena, violin, and cymbal players accompany the dancers.

Kuchipudi's uniqueness emanates in the performers breaking into spoken dialogues during display, adding to its dramatic appeal. It is characterized by a lively tempo, with exhilarating footwork and beautiful bhramaris or circular movements. Kuchipudi is also known for the acrobatic repertoire of its artisans. This skill is most evident when a danseuse stands with locked feet in a brass plate, moving seamlessly. The ability on display is inspiring to all who witness it. The dancer's braid is a nod to Satyabhama, Lord Krishna's beloved, and symbolizes individual souls being tethered to the Universe. Kuchipudi is thus the grand theatre, where each aspect of the performance paints a vivid picture for the audience.

Kuchipudi Today
Post the colonial era, the traditions laid out by Lakshminarayana Sastry have led us to a glorious new era of Kuchipudi. From being integral to the Telugu-speaking population of the country, it now garners pan-India audiences. Globally, it has a niche following as well. The grandiose theatre, adherence to folk traditions, and persistent pace of Kuchipudi make it among the most vibrant classical dance showcases to view. 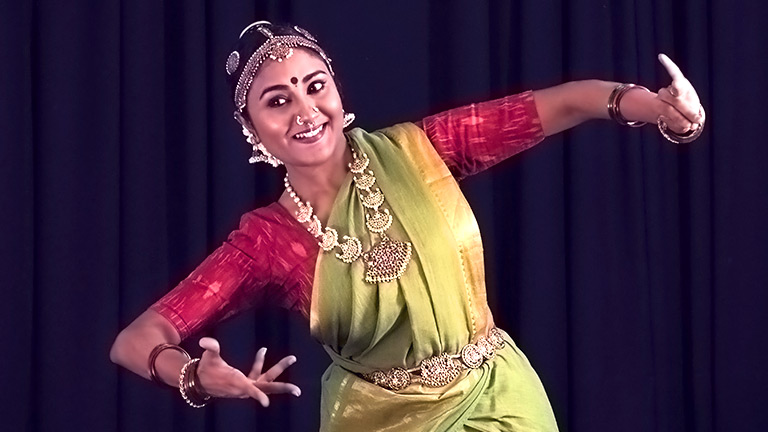