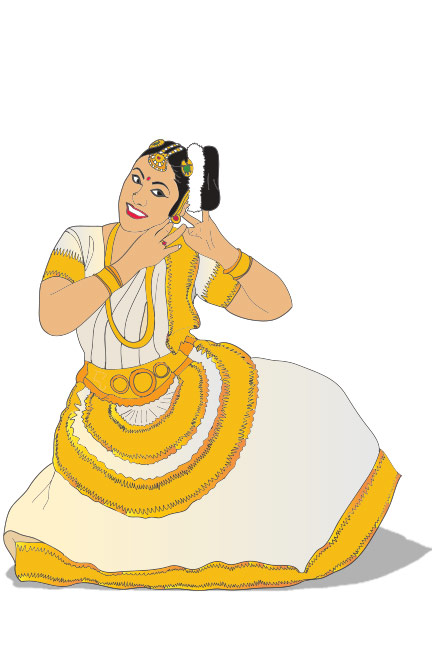 Mohiniyattam translates literally to the ‘Dance of Mohini’, a legendary enchantress who is said to be an avatar of Lord Vishnu the Protector. This classical dance form is based out of Kerala and has rich bonds with Indian folklore. The uniqueness of these performances lies in the fact that they more than a storyline, they focus on mesmerizing and gaining the complete attention of the viewers. This art form has borne much turmoil since its origins in the temples of God’s Own Country, but its ability to charm and entice its audience remains the same.

History
Lord Vishnu is said to have adorned the avatar of Mohini to distract the Asuras, during the mythical churning of the Ocean. While temple sculptures and records show traces of Mohiniyattam, definitive reference to the same appears in Vyavaharamala by Narayanan Nampoothiri in the 16th century. It’s rather restricted growth was reversed by the patronage of connoisseurs and art enthusiasts.

The first was the young King of Travancore and art aficionado, Swati Thirunal (18th -19th-century C.E). His compositions and support ensured that mohiniyattam was further developed into its current form. The second modern contributor was Vallathol Narayana Menon, the great Mahakavi of Kerala. He set up a special institution in 1930, Kerala Kalamandalam, to preserve the ancient art forms of Kerala. This firmly enshrined mohiniyattam in the public consciences, as an official center to disseminate its learning helped it thrive in the public conscience.

Style
Mohiniyattam performers command the stage alone and follow the lasya style of dance. This points to a more feminine and gentler set of movements. The performer’s subtle changes in expressions and graceful maneuvers across the stage are hallmarks of this dance form. The performer appears to glide rather than jerk, carefully lulling the audience into a more relaxed headspace.

Its movements draw from other classical dance forms as well. A higher emphasis on acting can be observed, as the artisan delves deeply into the role of the character they are depicting. Backed by traditional Carnatic soundtracks, Mohiniyattam performances are renowned for the vivid hand gestures, eye-movements and wave-like motions of the artist.

This dance form has come a long way from being performed exclusively in temples and palaces. Today, it is a source of great pride and joy in God’s Own Country, and regular performances can be witnessed throughout the year. Lectures and demonstrations can be viewed on a plethora of platforms. There are newer generations of prodigies who are drawn to the methodical, patient and slower-paced approach of Mohiniyattam. The spirit of this ancient temple art form is preserved through them. 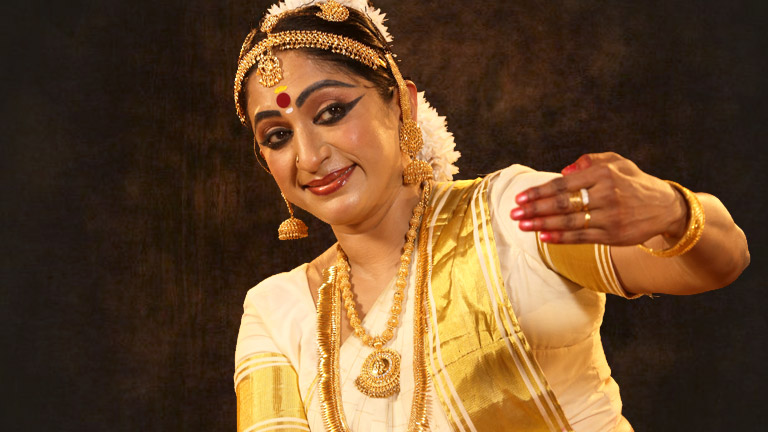