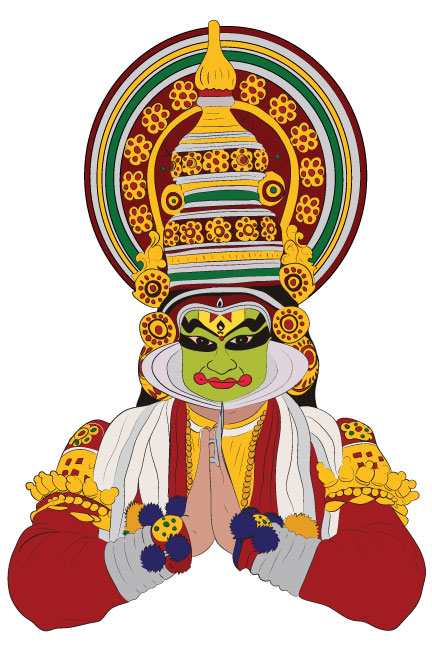 Kathakali, or ‘story play,’ is among Kerala’s most famous contributions to the realm of performance arts. It is one of the oldest theatre forms in the world and draws heavily from legendary Indian folklore. It’s distinctive apparel, headdress and makeup are synonymous with God’s Own Country, and is a performance that transcends cultural boundaries. Master artisans draw in their audience to scenes and visuals from myths that shaped our heritage.

History
Its current form sees its guidelines mentioned in the ancient Sanskrit compilation by Sage Bharata, the ‘Natya Shastra’. This revered devotional dance-drama is seen in temple sculptures across the State, as well as 16th-century frescoes that depict its stances. Kottarakkara Thampuran or Veera Kerala Varma, a 17th-century monarch, is said to have played a crucial role in the dance form’s development. His Ramanattam, a temple art depicting the life of Lord Rama, is considered the precursor to Kathakali today.

Style
The text of a Kathakali song is known as Attakkatha sahithyam. The tales of the art form belong to the Mahabharata, the Ramayana, and other Puranic literature. Kottayaththu Thampuraan, Unnayi Varrier, Irayimman Thampi, and Vayaskara Moos are some of the significant contributors to Attakkatha or the essential text for Kathakali.

Usually enacted outdoors, an orchestra of four trained musicians accompany the artisan. The characters of Kathakali do not speak. The entire story is presented through songs from the background. This makes the music an essential component of the art form. Percussion instruments, the Chenda, and the Maddalam, alert the audience to the beginning of the presentation. The singing pattern of the supporting vocals follows a distinctive style called Sopanam.

Kathakali is known for its vibrant costumes, bright makeup, sharp and controlled movements, along with trademark eye and facial gestures that captivate the audience. It takes 3-5 hours for the face painting of most of the male characters. Primarily, the face of the artisan is painted so as to mimic a mask, where they represent a particular type of character. These can be either pacha, kathi, thadi, kari or minukku. Each has its own colors, representing heroes, villains, and celestial beings. The makeup accentuates each bodily feature, invoking characters and storylines that leave a lasting impression.

Kathakali Today
Kathakali is an essential art form of God’s Own Country that requires many years of arduous training. Kathakali was on the verge of extinction at the beginning of the 20th century until iconic poet Vallaththol Narayana Menon and Manakkulam Mukunda Raja intervened. They set up the renowned Kerala Kalamandalam, a center of excellence for classical art forms that preserves the cultural heritage of the State. This helped in the revival of this grand art form. A Kathakali show is highly recommended when visiting Kerala, as it encompasses both the religious and cultural ethos of the State. These performances highlight temple festivals and public celebrations throughout the year. 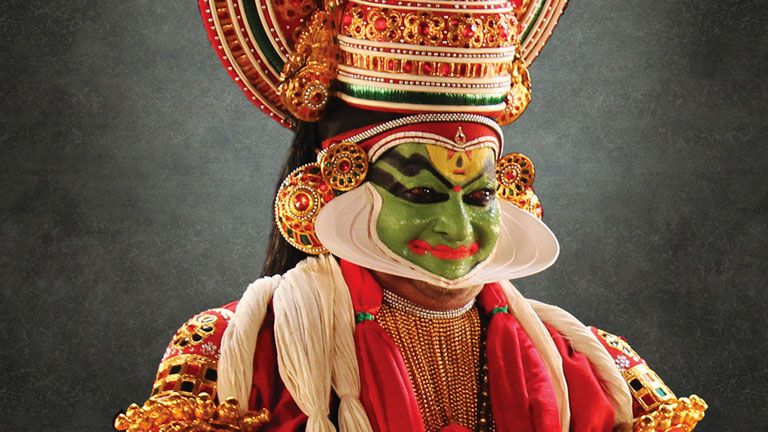 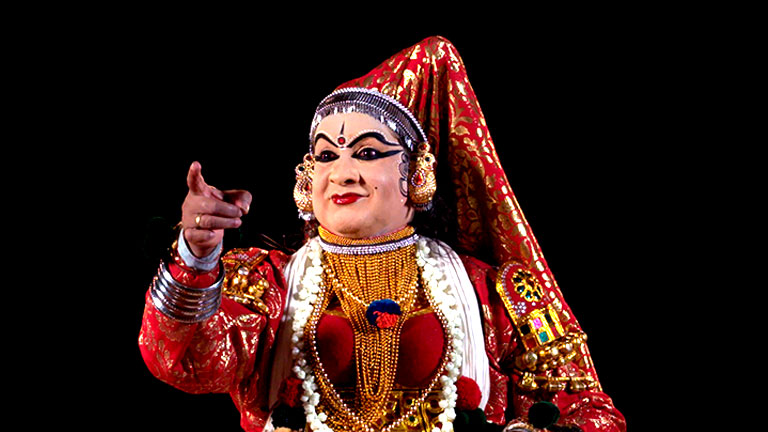